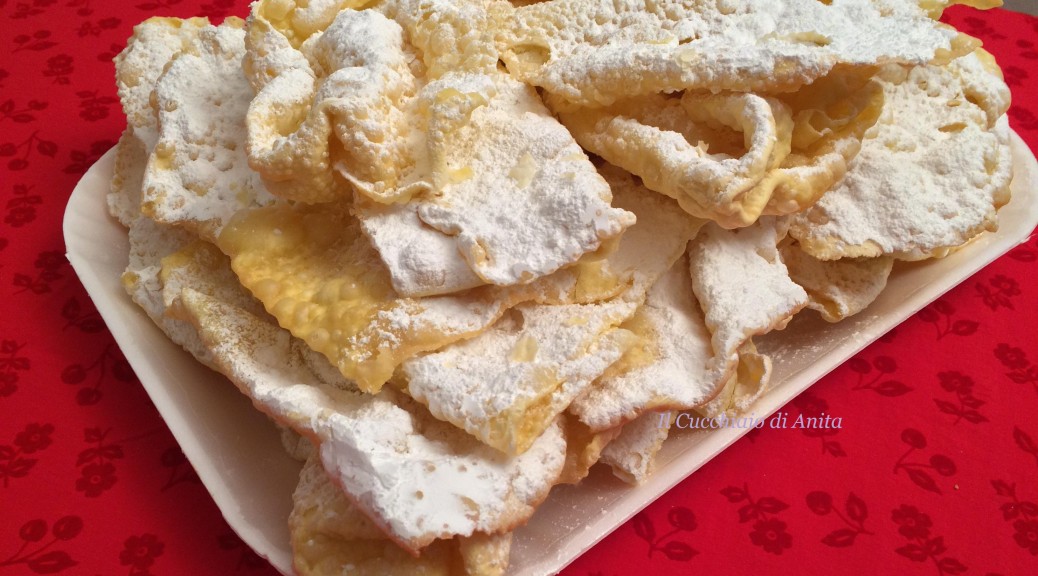 Carnival in Bologna is always an awaited event! The first carnival cakes start to appear on the counters, of the most famous pastry shops, the day after Epiphany. On Jenuary 7 “Sfrappole”, “Raviole” and “Sweet Tagliatelle” make sure that the magic atmosphere of Christmas is pursued until pancake days. After that, the expectation of Easter. If you don’t know what I’m talking about, don’t worry! Il Cucchiaio di Anita is here to talk about traditional recipe and local cuisine.

We start to define “fried” for the Bolognese cuisine. Grandmothers teach that to obtain a crumbly and dry food fried, you should use the lard. Food fried with lard is much more digestible and lighter than any other fried, this because lard holds the high temperatures and is not absorbed from food during cooking! Let’s go to the real stars of Carnival: the cakes! 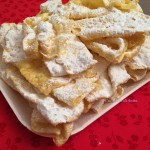 “Sfrappole” are the most commonly cake spread in Italy. It’s an egg sweet pasta, fried.  As in any culinary tradition that respects, every city has its secret ingredient. In Bologna we have two schools of thought: who uses grappa and those who prefer to put a knob of lard. I love both recipes, one gives a more crisp, the other a more crumbly.

2 tablespoons Grappa or 2 knobs of lard,

On a cutting board put the flour, make a well in the center. Then add the eggs, sugar and grappa. Begin to mix the ingredients and knead by hand for about ten minutes, until the mixture is smooth and compact.

Wrap the dough in plastic wrap and let stand for 1 hour at room temperature. After the interval, divide the dough into several parts, with the help of a “dough roller” roll out the dough thinly. Cut them in little pieces of 10 cm each.

In a high-sided saucepan, melt the lard, when it is hot started frying the sfrappole (few at time!), put them on a tray covered with paper towel. When all sfrappole will be ready and dry sprinkle with icing sugar. Enjoy your meal!

Any cookies that may not be particularly necessary for the website to function and is used specifically to collect user personal data via analytics, ads, other embedded contents are termed as non-necessary cookies. It is mandatory to procure user consent prior to running these cookies on your website.